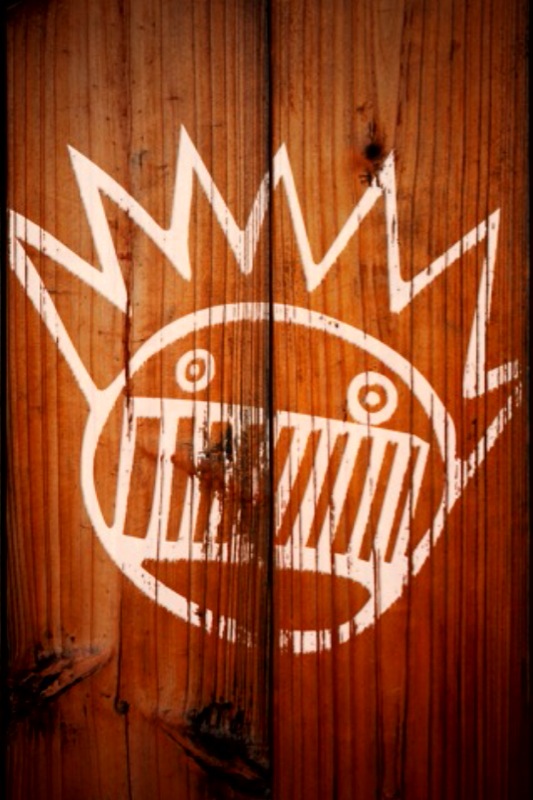 In a recent interview with Rolling Stone magazine, Aaron Freeman—better known as Gene Ween, who along with compatriot/collaborator/soul-mate Dean Ween (Mickey Melchiondo) form the core for the overwhelmingly talented band Ween—has stated that after a 25 year run, “It’s time to move on. I’m retiring Gene Ween” (Levin, 2012).

“For me it’s a closed book. In life sometimes,

in the universe, you have to close some doors

to have others open. There’s no, ‘Goddamn that

Although he implied that this break-up was more than amicable, for me this is sad news as for over the past quarter of a century Ween has consistently released some of the most interesting music out there. Due to their eclectic, inclusive, and experimental approach to songwriting, compounded by their absurd sense of humor, this duo has too often been disregarded as a novelty act—as kitsch—despite being obvious virtuoso multi-instrumentalists with a love for every genre of music.

Musical soul mates Aaron Freeman and Mickey Melchiondo met in an eighth grade typing class in New Hope, Pennsylvania and in the late eighties began self-releasing their home-recordings as Ween in a series of cassettes with such titles as Axis: Bold as Boognish, Erica Peterson’s Flaming Crib Death, and The Live Brain Wedgie/WAD.

Released on Twin/Tone Records in 1990, their official debut GodWeenSatan: The Oneness would feature one of my favorite tracks, the funk-vamp tribute to Prince, “L.M.L.Y.P.” In a live setting (I’ve been fortunate to catch one of their epic three-hour shows) this nine minutes long song has been known to be extended to upwards of thirty-minutes. To find out what the acronym L.M.L.Y.P. stands for just click the link below:

In 1992, Ween’s third album, Pure Guava, would produce their highest charting single, “Push th’ Little Daisies” which gained frequent rotation on MTV by being featured on an episode of Beavis and Butt-head. However, it wasn’t until this album’s follow-up—the John Candy dedicated Chocolate and Cheese—that I truly began to appreciate this duo’s “unique brand of drug-damaged, genre-jumping pop” (Eye Weekly, 2007). An album highlight—and perhaps the track most responsible for hooking my psyche into tune with what Ween is all about—is the anxious acoustic song about seeing an ex-girlfriend that once nearly destroyed you: “Baby Bitch.” With lyrics like, “Got fat, got angry, started hating myself,” the title isn’t so much humor as it is just human honesty. In November of 2007, the Village Voice’s Rob Harvilla conducted an interview with Dean Ween in which they discussed how, incredulously, the public and critics alike can dismiss their emotional sincerity, particularly when confronted with something as wrenching and candid as “Baby Bitch.”

in from his fishing spot on Long Beach Island. ‘People don’t

get that at all. Not just some records—all of them. Aaron

[Gene Ween] has written a lot of beautiful love songs. Some

of our best songs are some of his love songs. And it’s funny,

for the first few records, to hear people say that we do spot-on

parodies of love songs. We can’t write a fuckin’ love song? It

has to be making fun of a love song? It can’t just be judged for

what it is? How come we have that tag stuck to us? Because we

switch styles of music, we’re not afraid to play around?

better now, please fuck off.’ Dean thinks it gets a bad rap.

‘I remember what it was about—it’s about a breakup. I

remember how hard it was on him, and how well he was

able to articulate his pain or whatever in that song. I think

that was the first time I can really remember reading that

sort of thing about us, like, ‘Oh, it’s a parody of some kind

of Bob Dylan breakup song.’ Like, what the fuck are you

Another highlight off Chocolate and Cheeseis the R&B Soul number, “Freedom of ’76” for which Spike Jonze directed the following video:

On May 2, 2000, Ween would release their 7th album, and one that I consider just brilliant through-and-through: White Pepper. Check out their brilliant jazz inflected (in the vein of Steely Dan) “Pandy Fackler.”

The album’s single, the slice of pop-perfection that is “Even If You Don’t” would be released as a video directed by Trey Parker and Matt Stone (of South Park and The Book of Mormon fame). Just listen to Dean’s sweet guitar shredding!

It seems that in light of Gene’s announcement that 2007’s La Cucaracha will be Ween’s last LP release. One track off this album that seems to jut out from the rest is the Dean Ween penned irate anthem “With My Own Bare Hands.”

“When I’m really, really, really inspired to write is when I’m really fuckin’ pissed off” said Dean Ween, “When I met my wife, she was aspiring to be a teacher—we’ve been together 17 years, we’ve been married 11 years. She had just gotten out of college, and she had to get her teaching credentials in New Jersey and Pennsylvania, then she went and got her master’s degree. And then I ended up having to pay off these student loans—and then, just about the time it was all said and done, we had a baby and she quit and, like, never worked again. Meanwhile, I’m paying off these student loans. I was really pissed off at her, so I wrote that song, and that”s where that verse [She’s gonna be my cock professor, studyin’ my dick/She’s gonna get her master’s degree in fuckin’ me] comes from (Harvilla, 2007).

La Cucaracha closes with the group [plus smooth-jazz saxophonist David Sanborn) thanking a friend for having them at their lovely party, and I’d like to say the same to them:

We Had The Best Time At Your Party